It was a unique web-build project... Three websites were to be built, each to represent a different publication. But only one design was needed to house a range of content, advertisements and its publication’s theme. All for a client Bliss first pitched to 10 years ago.

These are important publications, targeted towards the managers and executives of their representative fields. So, to reflect the brands, Cognitive needed highly professional and sleek websites which work seamlessly from desktop to mobile.

That’s where Bliss comes in… Or is it?

Bliss and Cognitive, two Manchester-based SMEs, were first introduced in 2010 when Bliss pitched to them. With only one year of experience at the time, Bliss didn’t win the pitch, but we’re a nice bunch and we remained in good stead.

Therefore, in 2020, when Cognitive announced it wanted to build new websites for its three publications, Bliss was top of the list (having spent the last 10 years building up a lot of experience).

So, it was time to bring the Cognitive publication websites up-to-date. They had a number of goals they wanted to achieve with their redesigned sites.

How to Achieve Them:

It was decided that Cognitive really only needed one website template, which could be rethemed with minimal changes to match the individual publications. Saving them time and money.

This website template would have plenty of space for adverts, which would appeal to advertisers as prime real estate, but would be designed cleverly to appear unobtrusive to users.

Bliss opted for Drupal to build an easy-to-use CMS and also a sturdy website which would handle the daily surge of visitors after email campaigns went out.

The Design | A comprehensive discovery phase

To meet their first goal - increasing revenue from ads - it was important that the website design was both elegant and ad-heavy.

To better understand how the market was currently handling editorial layouts including advertising space, Bliss began with a competitor website analysis of leading industry publication and national newspaper.

From this, a flexible grid and set of components were developed to house all the Cognitive publications (with minimal development rework). 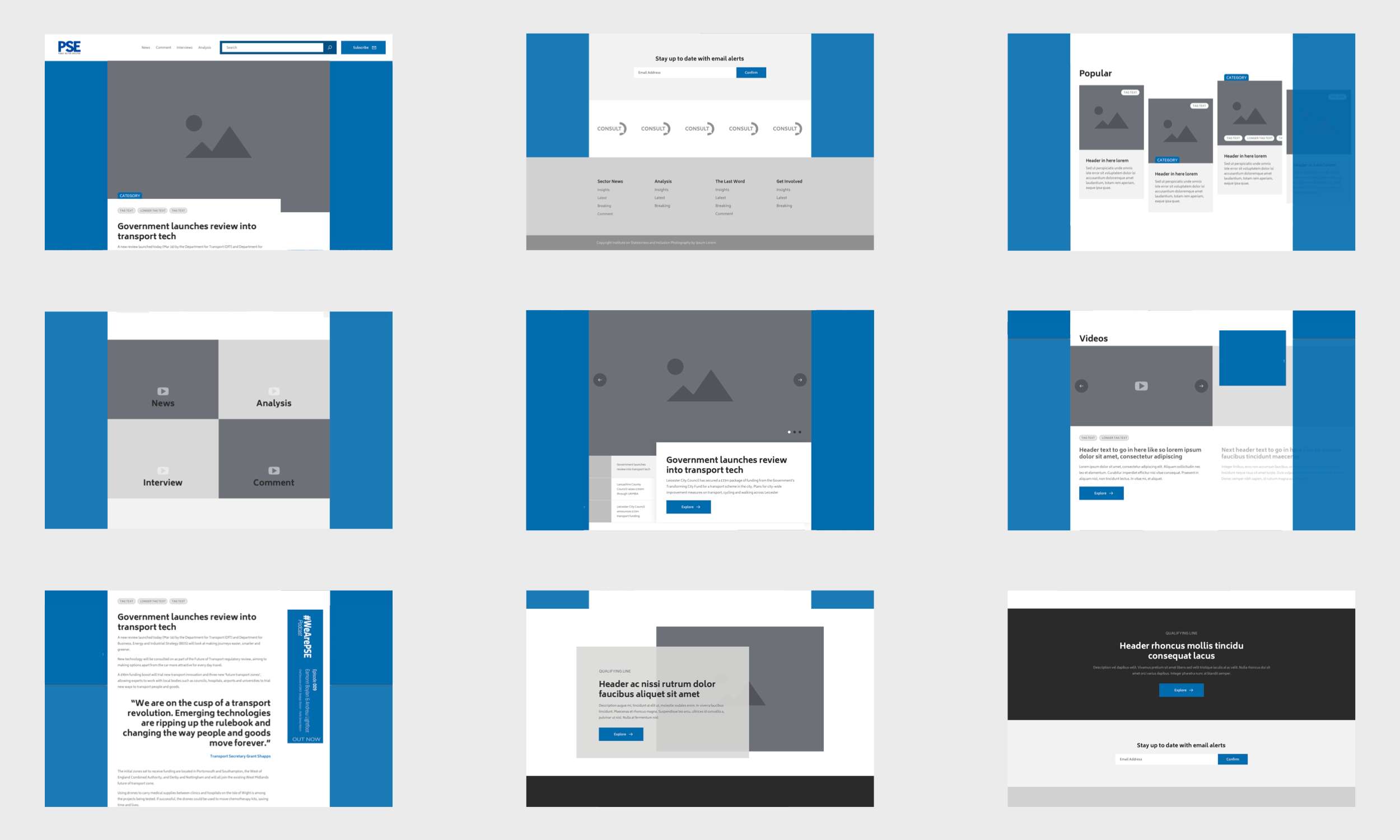 Plus, a living style guide was created alongside the project to ensure consistency and efficiency moving forwards.

The co-design workshop quickly highlighted functional and visual priorities early in the project. By completing such a comprehensive discovery phase, the rework was minimal and we could move on to development without delay.

The Build | Easy and affordable

The key to the build was to create a website which could be easily replicated and then (all three) easily and affordably maintained.

Therefore, as well as bringing the front-end designs to life, Bliss needed to build a back-end CMS which would be uncomplicated for Cognitive staff to create and add content to. Thus, meeting their second goal - Make operational improvements with a better CMS editor experience.

Bliss often works with Drupal websites and recommended this approach as it would allow ease of access without the need of a developer in-house. As well as this, Cognitive requested some custom features to enhance their articles (such as making videos easily embeddable and back quoting other articles) which Bliss was able to build into their CMS.

There were aspects of the current Cognitive site which were earmarked for improvement to meet their third and final goal - Improve user experience and encourage users to stay on-site for longer by increasing the number of articles read per visit.

One priority was making sure the three websites worked just as well on mobile as on desktop. To do this, Bliss created 2 designs, for both mobile and desktop, including multiple breakpoints to collapse content into single columns. This then went through thorough online testing to ensure it worked perfectly on all device types, operating systems and browsers.

As well as this, the websites needed to be readied to receive an influx of visitors when the daily emails went out. To ensure they could withstand the traffic, we used extensive caching to reduce the amount of requests needed for the page to load, for returning visitors.

Bliss also did extensive stress testing on the site to ensure it would stay live during bursts of high traffic. By using some horsepower from our other servers to send large amounts of fake traffic to the site, we were able to benchmark the performance to tolerate the load when the emails go out.

The Websites | Live and looking good

After launching the first website for Cognitive, the following two were able to go live within a month thanks to this quick design.

We loved working with Bliss, it was a really transparent and easy process. What particularly amazed me was how little fuss we had with retesting. Bliss listened to our feedback and made the changes on our snag lists. They just got it.

The Cognitive team were great as well, they all really know their products inside and out and ensured feedback was timely with Roy being the single source of truth for any changes and additions.