Umbro are one of the leading sportswear companies worldwide, with their products sold in over 90 countries. When they approached us to help develop a major global campaign we knew it was perfect for the team. We’re big into football at BLISS. So the opportunity to build a sports app with a local brand for the global stage was thrilling.

...accepted! Our pitch to Umbro was for the development of the entry mechanic for the campaign, which would promote the brand and offer fans the chance to win a once in a lifetime, all-expenses-paid trip to Brazil 2014. After going head-to-head in a two-way pitch, we won based on our creative ideas and the strength of our technical knowledge. Score!

Here at BLISS we believe that football can bring people together. Building on this, we knew that we could encourage global connections through the medium of technology. We channelled our approach and designs to produce something that was more exciting and engaging, a place where football fans could converge and celebrate the biggest event in the sport by way of watching and filming amazing goals. 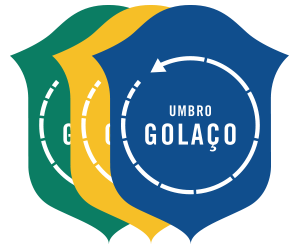 From a branding perspective we created a sense of inclusivity and invited everyone to join in the fun. We also wanted the app to give the same vibe as the World Cup, without infringing on any of the FIFA regulations; our carefully considered visual direction achieved this. 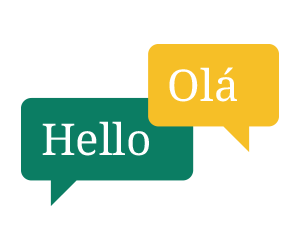 Targeting countries worldwide needed the visual direction across multiple platforms to be instantly recognisable and consistent. It was also essential to do testing to ensure that different language character sets, such as Greek and Russian, didn’t break the experience. 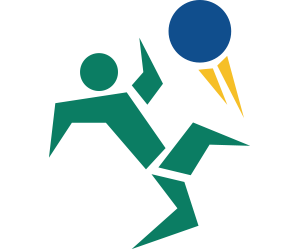 While we wanted the app to be popular in as many countries as possible, our main geographic target was ‘the country of football’, Brazil. With this in mind we tailored the visual references to suit. The term “golaço” means “beautiful goal” in Brazilian Portuguese, therefore was chosen to support this aim.

We were all in agreement when it came to making a cross-platform campaign. Football fans needed to have access regardless of what devices they owned, as well as requiring a central hub to redirect everyone to. In order to achieve this we used a mobile first design approach, which focused on the usability of handheld devices.

The global nature of the campaign presented a wealth of technical and design challenges.

We identified technical issues such as needing to cater to multiple platforms, ensure it would work in multiple languages, handling and processing large amounts of video data and including a high degree of interaction.

Our choice for the core platform was naturally Facebook, as it provides a hotbed for interaction and sharing. We also decided to use Amazon Web Server to supply video transcoding services, on top of which we built a moderation platform in Drupal for Umbro to manage the app’s content.

Stability was paramount to this app, so we made sure to pre-empt viral traffic by tweaking the product on the server-side. Come deadline day, Umbro had a fully scalable product that could handle a lot of grunt.

As mentioned earlier, at BLISS we’re big football fans and we have all experienced the tingling feeling that comes with every World Cup tournament. For the campaign we tried to inspire the spirit of the games though a video sharing app, which celebrates amazing goals. In the lead up to building the app we discussed everything that excited us about the World Cup and agreed on making the product a cocktail of excitement, anticipation, and awe.

Our campaign quickly went viral on launch with 45,000 views and 5 signups a minute in the first week. By the end of the campaign it had reached over 100,000 people, recording 300,000 page views from around the world, and nearly 3,000 app downloads across both Android and iOS platforms. Back of the net! (sorry)

The second week of the campaign, Umbro Golaço reached No. 2 Sport App in the ‘New and Noteworthy’ section of the App Store. By the end of the campaign we had over 9,200 users and 142 approved videos entries.

The app was mentioned on ESPN and on social media it reached over a million people. 60% of all our traffic, some 70,000 views, and most video contributions, came from Brazil.

In essence, BLISS delivered a polished and stable product, on time, that resulted in a successful global campaign and a happy client!